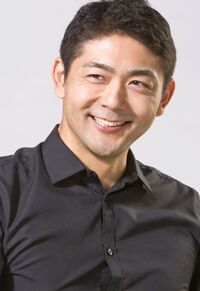 Yuki Matsuzaki is a Japanese American actor. His best known roles are Garheng from Pirates of the Caribbean: On Stranger Tides, Nozaki from Letters from Iwo Jima, and Nakamura from The Man in the High Castle.

Retrieved from "https://turtlepedia.fandom.com/wiki/Yuki_Matsuzaki?oldid=434778"
Community content is available under CC-BY-SA unless otherwise noted.