The Utroms (a.k.a. TCRI Aliens) are an alien species in the various Teenage Mutant Ninja Turtles universes. Their species name is pronounced /ˈuːtrɒm/ (OO-trom). In most continuities, they are responsible for creating the Mutagen that mutates a bunch of individuals, most notably the Ninja Turtles and Splinter.

Utroms
IDW Publishing
Add a photo to this gallery 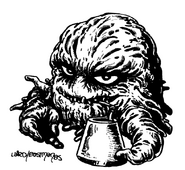 Utrom
Palladium
Add a photo to this gallery 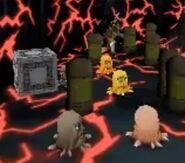 Utroms
2003 Video Games
Add a photo to this gallery

Retrieved from "https://turtlepedia.fandom.com/wiki/Utroms?oldid=549619"
Community content is available under CC-BY-SA unless otherwise noted.