The Utrom are an alien race from Dimension X. Though once unified in the name of peace and prosperity, their unity was shattered by a scientist named Kraang, who conquered and enslaved the majority of them to his will. The remainder who resisted renamed themselves the Utrom Tribe and worked in secret to try and stop the newly dubbed Kraang faction from its goals of war and conquest. The Utrom are led by a High Council whose members bear the names of chess pieces: Bishop, Pawn, Rook and Queen.

As revealed in "The War for Dimension X" the Utroms were a peaceful race hailing from Dimension X. They seemed to be a species who prized intelligence and knowledge, but their era of peace came to an end when the Utrom scientist Kraang discovered a mutagenic substance derived from a local species of worm. With this Mutagen he transformed into a giant with incredible psychic abilities. With his new powers, Kraang conquered the Utrom and enslaved them all to his will; transforming them into psychic clones of himself and destroying their individual identities. Kraang renamed himself Kraang Prime and renamed the species after himself and used them to try and conquer Dimension X, and the greater universe as well.

Those who resisted Kraang's will became outcasts who dubbed themselves the Utrom Tribe and worked in secret to stop their corrupted brethren.

Eras later, the Kraang invented a black hole generator named the Heart of Darkness to combat their enemies, the Triceratons. After using it to destroy the Triceraton Homeworld, the Utrom managed to acquire it and split it into three pieces. They distributed these pieces across the universe with the hopes of preventing the weapon from ever being used again.

In "Annihilation: Earth!" the Ninja Turtles meet a member of the Utrom Tribe for the first time when Bishop seeks them out to warn them of an impending Kraang invasion that dwarfs the previous one. During the subsequent events, the Kraang's attempt to re-launch the Technodrome flagship ends in failure when the Triceratons discover their presence on Earth. Having acquired the Heart of Darkness themselves, the Triceratons land on Earth and assemble the weapon to wipe out the Kraang. Bishop aids the turtles in their desperate attempt to stop the weapon from going off, but his exosuit is destroyed by a Triceraton and the Turtles ultimately fail to stop the weapon from activating.

Later, the Turtles, having traveled back in time with the aid of the Fugitoid, meet with the Utrom in Dimension X to learn the locations of the remaining two fragments of the Heart of Darkness. The Kraang take advantage of this to find the Utrom's hidden base and kidnap their Queen. The Turtles, and their two Salamandrian allies, aid the Utrom in rescuing her and forcing the Kraang to retreat.

During their conflicts with the Kraang, Bishop revealed that Kraang Subprime was originally one of the Utrom Tribe named Knight, and was a noble warrior who was like a brother to them. However, Knight willingly turned on his allies and joined the Kraang. He justified his actions by telling Bishop that 'complete subservience to Kraang Prime isn't so bad when you give it a chance'. 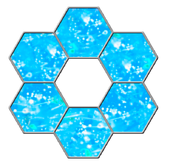 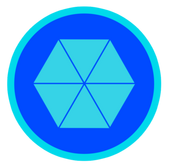