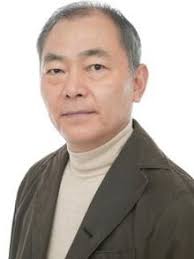 Unshō Ishizuka (石塚 運昇; May 16, 1951 - August 16, 2018; 67 years old) was a Japanese voice actor with over three hundred roles. In addition to prominent characters of his own such as Old Joseph in JoJo's Bizarre Adventure, Van Hohenheim in Fullmetal Alchemist, and Professor Okido/Oak in Pokémon, he also took over for a majority of Daisuke Gōri's characters after the latter's suicide in 2010.

Retrieved from "https://turtlepedia.fandom.com/wiki/Unsh%C5%8D_Ishizuka?oldid=488303"
Community content is available under CC-BY-SA unless otherwise noted.