The Turtle Party Wagon was a toy version of the Turtle Van seen in the Teenage Mutant Ninja Turtles (1987 TV series). It was reissued in 2009 as part of the 25th Anniversary Toyline and again in 2013 as part of the Classic Collection.

The radical, super-cool, Super-Spoiler on top of the van triggers the Foot-pounding tenderizer, whacko bombs, and other party surprises! All this control is now in the palm of your Foot-bustin' hands! Turtle-plated flip top allows easy access for six action figures—more if you squish 'em!

Own the most advanced party vehicle ever designed! Originally released in 1988, this mutant attack van includes: 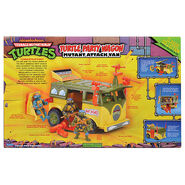 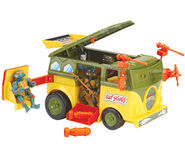 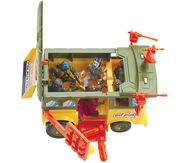 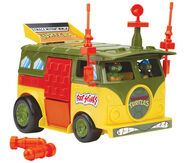 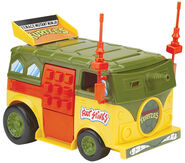 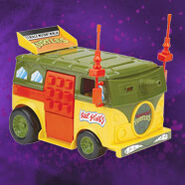 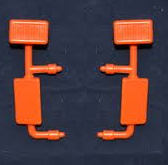 Add a photo to this gallery
Retrieved from "https://turtlepedia.fandom.com/wiki/Turtle_Party_Wagon_(1989_toy)?oldid=472994"
Community content is available under CC-BY-SA unless otherwise noted.