The Turtle Hauler is the Turtle's main way of transportation during the seventh season (a.k.a. Back to the Sewer) of the Teenage Mutant Ninja Turtles 2003 series. It first debuted in the episode "Karate Schooled", the second episode of the Back to the Sewer season. It is a Garbage Truck modified with technological upgrades that Donatello uses from the year 2105. It also has the ability to go into "Hover Mode" which allows the truck to fly to get over hurdles like dead ends.

As the Turtle Hauler never got an actual toy there was a remote-controlled car dubbed "The Sewer Van" that was marketed during the "Back to the Sewer" season. 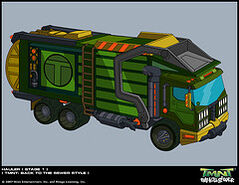 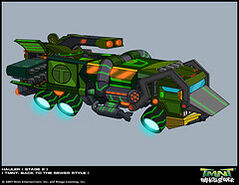 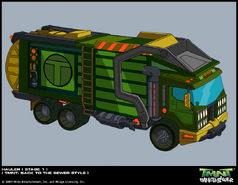 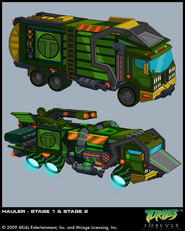