Triple Threat (lit. "triple threat") is an alien from the year 2105, a former pro-wrestler and current thief, and an enemy of the Ninja Turtles. This character was created specifically for the 2003 animated series. 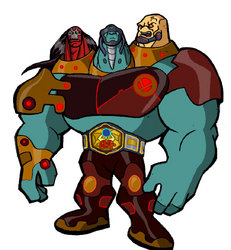 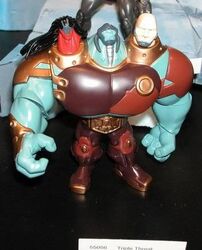