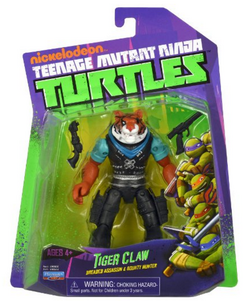 Part man, part tiger, Tiger Claw is the most feared assassin in all of Asia. Hired by Shredder to assist the Foot Clan in capturing Splinter, Tiger Claw proves to be even more than the Turtles can handle. With extreme martial arts and weapons to back him up does he have the skills to challenge and take down Master Splinter?

Tiger Claw was mutated by the Kraang when he was just a kid. Half man, half tiger, he's brought from Japan to New York as Shredder's new secret weapon against Splinter and the Turtles.

He's missing his tail and he licks skim milk like a kitty-cat—but this dangerous assassin fights like nothing the Turtles have ever seen, especially when he fires his cannon weapons! 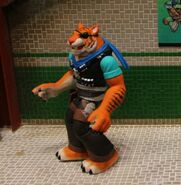 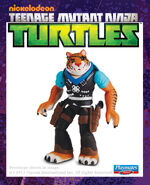