"The Deadly Venom" is the eighteenth episode of the third season of the 2012 TV series, and the seventieth episode overall in the series. It first aired on May 17th, 2015.

With Karai brainwashed by the Shredder, she begins hunting down the Turtles, April and Casey, and it is up to Leonardo to stop her.

The episode starts with Baxter Stockman implanting a mind control worm into a seemingly cured Karai. Stockman explains to Shredder that the parasite has bended her mind so that Karai is under Shredder's complete control. Shredder wants to see for himself that the mind control works, ordering Karai to fight Rocksteady, Karai easily defeats Rocksteady with ease. Impressed with Stockman's work, Shredder wants to try one more test and orders Karai to destroy the turtles including Splinter, April and Casey.

Elsewhere, back at the lair, Splinter and Leo go through training, during the fight Leo could see that Splinter is still recovering from his injuries from Slash, hesitating to land a blow. Splinter questions Leo in why he hesitated, Leo tells him that it's nothing where Splinter demanded to stop hesitating and attack him, they both continue fighting where Raphael, Donatello and Michelangelo are watching from the sidelines.

Donatello has never seen Splinter and Leo fight like this before, where Raphael explains that Splinter is still trying to recover from Slash's attack. Leo defeats Splinter, Splinter congratulates him where Leo admits that he only won because Splinter is still injured. Splinter starts chanting a mantra and heals his leg, Leo asks Splinter what he did, Splinter explains that it is an ancient secret art known as the Healing hand and offers to teach Leonardo the technique.

Meanwhile Casey and April are heading home from the cinema, April seems a little wary after everything that happens and is glad that Kirby is back, Casey sneaks around and scares her, explaining that he thought the movie they saw was alright but explains if it was him that he would have kicked the main antagonist with one kick, with Casey still messing around, April tells him that her head fell off to see if he was paying attention.

Casey walks April home with a suspicious Kirby watching from out the window, Casey asks April if she knew what his favorite part of the movie was, April replies the nonstop violence but Casey tells her that it was the fact that the main character never gave up and wishes April good luck in finding her missing head.

Later that night April has a nightmare where she's at the cinema, knowing that someone was there, April demands that they show themselves, the cinema collapses and a giant white snake towers above her. April runs from the snake and gets eaten which wakes her up. April wonders if it was a dream and then realizes that her bed is covered in snakes, downstairs, Kirby hears April scream and rushes to her room to find her on the floor with one snake slithering away.

Kirby takes April to the turtles lair and asks for their help, Kirby explains that April was bitten by a snake, Donatello checks April over where Mikey asks him if April was going to be okay, Donnie finds the bite marks and says 'oh no'.

Elsewhere Casey is cycling home while he comes across the Footbots, he takes them out and continues cycling until he is intercepted by Karai. Karai fights Casey, during the fight Casey catches Karai and says that he doesn't know whether he wants to fight or ask Karai out, Karai breaks free from Casey and reveals that her arms can now turn into snakes, she catches Casey and kisses him.

Casey tells her that it was nice and all but questions why his lips feel numb in which he continues to cough and collapses onto the ground. Karai explains that the numbness is due to her venom and reveals that Casey is the second person she poisoned and that she plans to poison the turtles one by one.

Back at the lair, Donatello is treating April, Donatello explains that April's condition is getting worse while Leo wonders why there were poisonous snakes in April's room. Raphael tells the others that they just got an SOS from Casey's bike and wants to check it out, Leo tells Raphael to take Mikey with him incase he needs backup. Donatello continues to treat April but explains that none of the anti-venoms are working and explains that April is in trouble if they don't find a cure soon.

Raph and Mikey find Casey and through from jumbled words, Mikey tells Raph that he should do as Casey says and kiss his foot, Raph punches Mikey and tells him to carry Casey to the van. On their way back to the lair, Michelangelo tells Raphael that Casey has been poisoned and they they should suck the poison out, Raphael tells Mikey to suck the poison out. In his attempt to suck the poison, Michelangelo and Raphael get attacked by snakes that were hiding on Casey's body and are poisoned, crashing the van.

Back at the lair, Kirby asks Donatello if there has been any changes with Donatello telling him no, Splinter comes into the room and reveals that he has an ancient poison draining mantra that will save April, while looking over the mantra, Leo gets a phone call from Karai who is using Raphael's phone and reveals that she has captured Raphael, Michelangelo and Casey, she demands that Leonardo and Donatello come to her at the station or else the others will die. Kirby becomes angry at Donatello for not curing April, Leo interrupts telling them they have another problem, with emotions running high, Splinter demands silence and tells them that if he can focus that he can remove the poison from April's system, Leo tells Kirby to stay at the lair and help Splinter while he takes Donatello to save the others.

Splinter takes Kirby and April to the dojo where he begins the mantra, while he is performing the healing hand on April, Kirby watches her heart rate where it begins to rise, as April is in pain, Kirby becomes extremely worried while Splinter continues the mantra till April's heart rate returns to normal. Kirby asks Splinter if the poison is gone, where Splinter explains that he has only slowed the process down and that April is not out of the woods yet.

Leonardo and Donatello arrive at the station through the sewers, Donnie tells Leo that the water smells extra nasty and that he doesn't feel so good, while climbing the ladder, Leo also admits that he doesn't feel well either. When they both arrive at the station, Leo and Donnie hear Karai, she asks them if their feeling nauseous and dizzy? Donnie and Leo look at each other noticing some strange things, with Donnie looking at Leo and seeing him contort while Leo sees Donnie's head turn into a pineapple, it is by this that Donatello deduces that they were poisoned. Karai informs them that her venom is highly toxic in any form, even in water, working in seconds, as Leo and Donnie are about to reach Karai, Leo and Donnie collapses from the poison's effects. Karai orders the Footbots to hang the turtles from the ceilings as trophies, while being carried, Leo begins chanting the mantra that Splinter taught him and fights against the Footbots. Leo finds out that Shredder used the parasite on Karai, Karai and Leo beginning fighting against each other, with Karai seemingly having the upper hand, Leo begs Karai to fight against the parasite.

Back at the lair, Splinter tells April that he can only stall the poison and that it is up to her to get rid of it. Kirby wants to take April to the hospital, Splinter refuses telling Kirby that venom has no cure and that the only thing that can save April now is the mantras.

Karai and Leo still continue fighting, with Karai biting Leo with her snake arms, Karai asks Leo if he is still feeling the effects and that he is done for. Leo once again preforms the mantra that Splinter taught him, with him and Splinter preforming the mantra at the same time, Leo uses the healing hand technique on himself while Splinter heals April. Surprised at what is happening, Karai attacks Leo, with Leonardo being able to defeat Karai, Splinter healing April, Leo tells Karai that she is coming back with them, only to have Karai escape.

Leo brings Raphael, Donatello, Michelangelo and Casey back to the lair, where both Leo and Splinter heal them with the healing hand technique, while the others recover. Casey says that snake bites are the worst, though Mikey figures he’s been bitten by much weirder and worse things. April realized that it was Karai that did this, but Donnie notes that Karai is back under Shredder's control, so she shouldn’t be blamed for the attack.

Splinter asks Leonardo why he isn't celebrating his victory and that he should be happy he saved everyone, Leo explains that he tried to get Karai out of Shredder's control and apologizes for not saving her. Splinter tells Leo that they got Karai out of Shredder's control once and that they can do it again, he also tells Leo that he can use a technique that took martial artists years to tap in to and that he is proud of him. His brothers thank Leonardo for saving their lives. Raph pointed out that none of them would have been able to pull off what Leo just did solo. Leo looks to Splinter and tells him that maybe Splinter was right and that this night was a win. 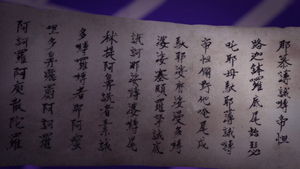 Retrieved from "https://turtlepedia.fandom.com/wiki/The_Deadly_Venom?oldid=550276"
Community content is available under CC-BY-SA unless otherwise noted.