Teenage Mutant Ninja Turtles: Rooftop Run is the first official iOS game in the TMNT franchise. Released in 2013, it was developed by Nickelodeon Interactive.[1] It is an "endless runner" game where the Turtles hop across rooftops and fight the Foot and Kraang.

First App in 80 countries! You can play as Leo, Donnie, Raph, Mikey, or unlockable characters April and Casey Jones in this action packed combat runner with vehicle mode! Run, jump, fight and drive through New York’s endless cityscape as you rid it from the Foot Clan, Kraang, Dimension X and Baxter Stockman.

Collect energy orbs to unlock exclusive weapons, gear, and boosts that will keep you one step ahead of the Kraang ship. One-touch controls combine with ninja moves and shell shocking battles for an epic gaming experience. BOOYAKASHA! 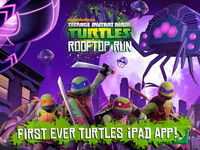 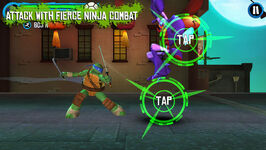 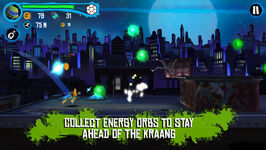 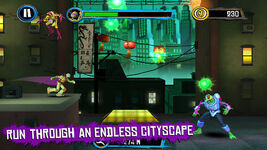 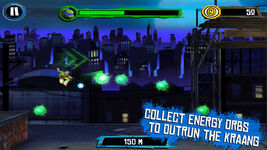 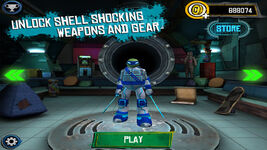 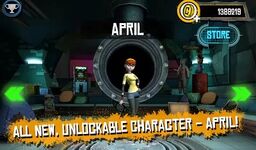 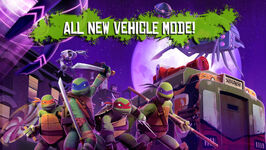 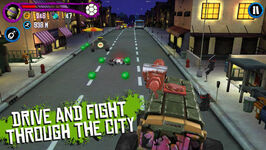 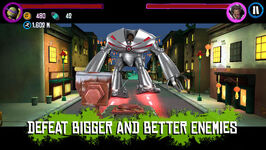 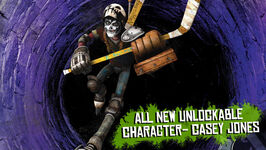 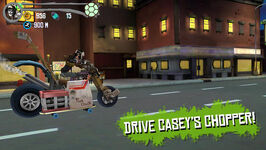 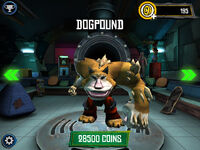 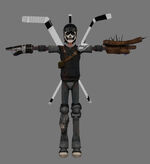 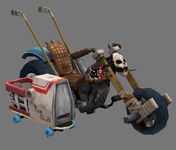 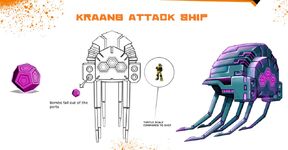 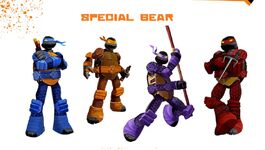 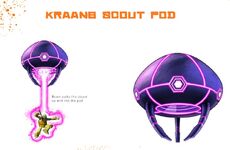