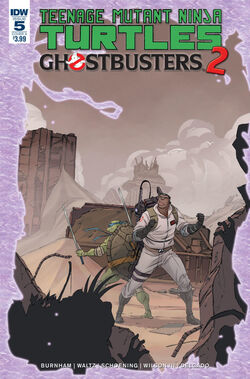 The climactic conclusion as the teams reunite to face their adversaries... and a long lost ally!

Add a photo to this gallery
Retrieved from "https://turtlepedia.fandom.com/wiki/Teenage_Mutant_Ninja_Turtles/Ghostbusters_2_issue_5?oldid=504597"
Community content is available under CC-BY-SA unless otherwise noted.