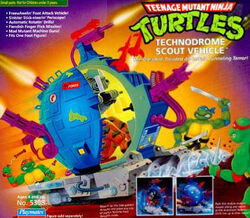 The Technodrome Scout Vehicle is a 1993 vehicle toy.[1]

The periscope on the top could rise several inches above the body of the toy, with the gun rotating 360 degrees. When the Mini Technodrome was pushed, its rotating wheels caused the two drills on the front to rotate as well. 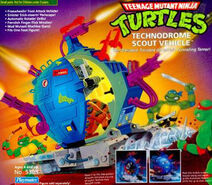 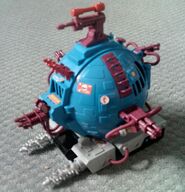 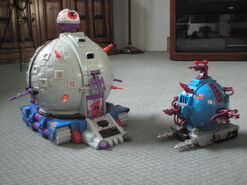 Size comparision with the 1988 Technodrome toy 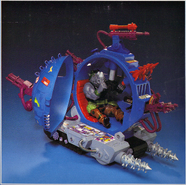 Inside of vehicle
Add a photo to this gallery

Retrieved from "https://turtlepedia.fandom.com/wiki/Technodrome_Scout_Vehicle_(1993_toy)?oldid=515179"
Community content is available under CC-BY-SA unless otherwise noted.