"Blind Sight" redirects here. Not to be confused with Blind Faith.

The Tales of Leonardo: Blind Sight is a four-issue comics miniseries in the Mirage continuity, published by Mirage Studios between June and September 2006. It directly follows the events of Tales of the TMNT volume 2 issue 5: Blind Faith, when Leonardo was blinded by the Blind Ninja and accidentally killed a homeless man. As with Blind Faith, the story is portrayed through the filter of Leo's blindness, where he has a basic awareness of the people and objects around him but imagines them as nothing more than silhouettes. 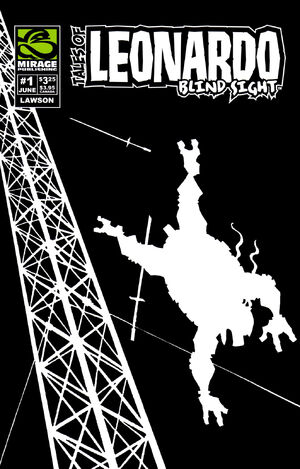 Faced with the prospect of permanent blindness, Leonardo questions the purpose—and worth—of his existence. 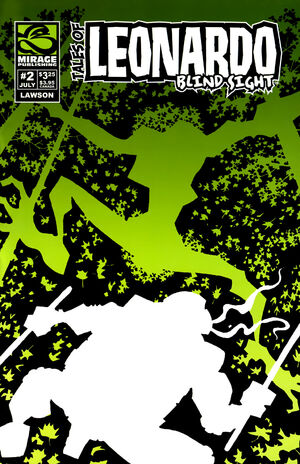 As everyone is forced to adjust to that reality of Leonardo's blindness may not heal, he learns to rely more on the strength of his remaining four senses, and realizes he possesses a sixth one. Splinter invites his son for a cleansing trip to the farm and a walk in the woods. 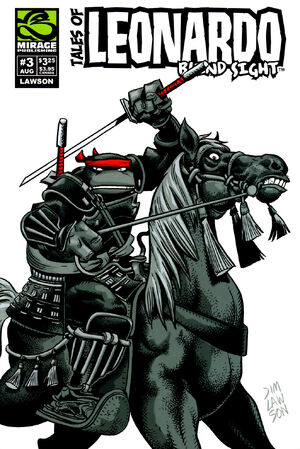 Believing that Leonardo's blindness may have a deeper cause, Splinter invites his son to drink a special blend of tea. Leo sees another life as a samurai with a family of his own. 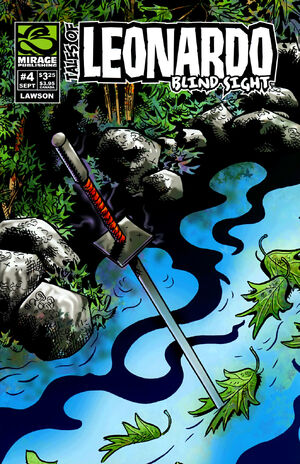 As Leonardo's vision plays out, he learns more about himself, the truth about his recent past, and the root of his blindness.

Retrieved from "https://turtlepedia.fandom.com/wiki/Tales_of_Leonardo:_Blind_Sight?oldid=539662"
Community content is available under CC-BY-SA unless otherwise noted.