T-Phones are an invention created by Donatello and are used by him and the Turtles as primary means of communication when missions require them to spread out. They are the Turtles' cellular devices used for the 2012 TV series.

Mousers Attack! - When April O'Neil's cell phone was stolen by the Purple Dragons and eventually destroyed, Donatello gave her a T-Phone to replace it.

All the T-Phones are shaped like turtle shells and have color schemes to match their users. They serve the same purpose as a typical cellphone, and are normally used for the Turtles and April to communicate over long distances. They have also extra features such as games, a camera, and a tracking app. In case of emergency, the phones are programmed to self-destruct when the phrase "T-Phone, self-destruct" is spoken. 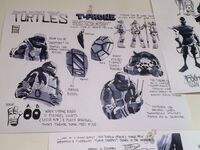 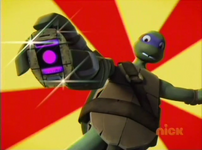 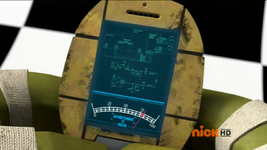 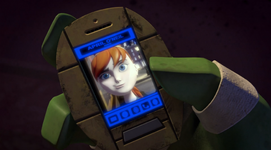 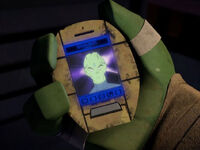 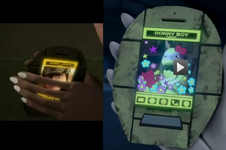 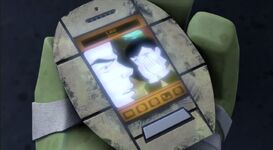 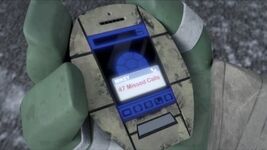 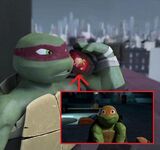 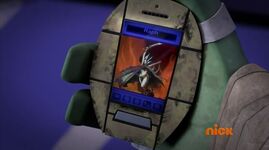 Retrieved from "https://turtlepedia.fandom.com/wiki/T-Phones?oldid=475455"
Community content is available under CC-BY-SA unless otherwise noted.