Stephen Amell (born May 8, 1981; 39 years old) is a Canadian actor who is best known for portraying Oliver Queen, the (Green) Arrow, in the CW hit series "Arrow". He portrayed Casey Jones in Teenage Mutant Ninja Turtles: Out of the Shadows. 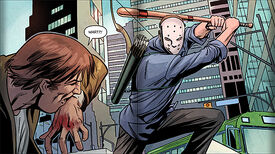