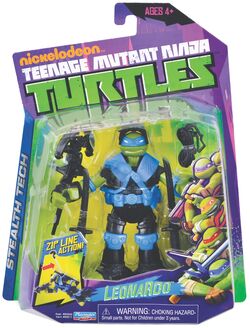 Mutated from Ooze and raised in the ways of ninjutsu by their rat sensei, Splinter, the teenage mutant ninja turtles are ready to venture outside their sewer lair to fight evil everywhere!

The fearless leader of the turtles and their most skillful ninja. Stealth Tech Leonardo is equipped with "Failure is not an option!" ninja gear: Stealth Tech Swords, cross bow, flip-up visor, and rappelling line. These new weapons allow Leo to become the ultimate ninja leader and perfect hero.

All four Stealth Tech turtles have a T-Phone sculpted to their outfits. 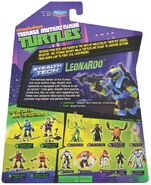 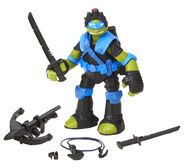 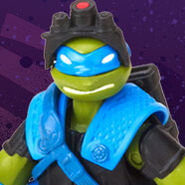 Retrieved from "https://turtlepedia.fandom.com/wiki/Stealth_Tech_Leonardo_(2013_action_figure)?oldid=504933"
Community content is available under CC-BY-SA unless otherwise noted.