Scratch is a mutant cat in a traditional convict's uniform. He is loosely based on Hallocat. The character is best known for having one of the most sought-after action figures in the franchise's history. 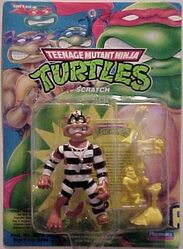 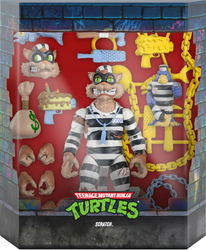 He returned briefly in 2009, as a character on a special t-shirt created by Fernando León González and Ryan Brown, as a fund-raising method for TMNT writer Jake Black's medical bills.