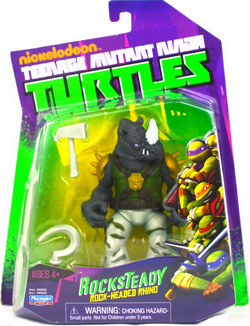 Mutated by Shredder from Steranko to Rocksteady, he swears allegiance to Shredder and agrees to team up with his partner in crime Bebop to form the dynamic duo of Bebop and Rocksteady. Our heroes need to use extreme caution when dealing with this mutated rock-headed rhino. He is the brains and brawn of the Bebop/Rocksteady partnership and could deliver quite the feast to Shredder where the main course is turtle soup!
Weapons: Hammer, Sickle
Team: Foot Clan

But things go really, really bad! Shredder finds out that Steranko's the mastermind behind the theft and sends him flying into a mixture of mutagen ooze and Rhino DNA! Steranko instantly mutates into the incomparable half human, half Rhino known as Rocksteady. 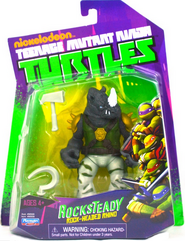 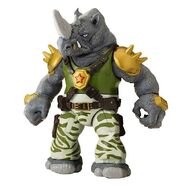 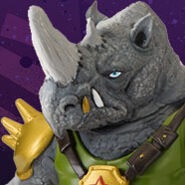 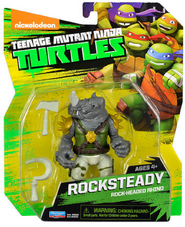