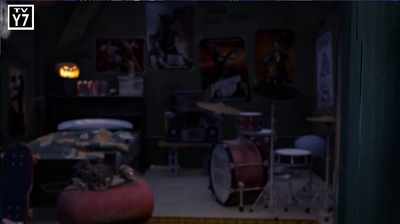 Raphael`s bedroom is the second turtle bedroom to be shown in the series.

Slash and Destroy - Raph goes to his room to clean his mind after Donnie almost blew up Spike and after he gets back to his room and finds the mutated Spike, Slash

Retrieved from "https://turtlepedia.fandom.com/wiki/Raphael%27s_bedroom_(2012_TV_series)?oldid=461453"
Community content is available under CC-BY-SA unless otherwise noted.