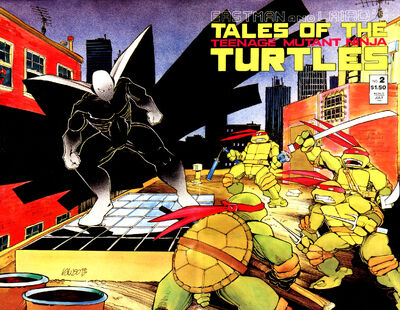 Nobody's Fool! is issue #2 of Tales of the Teenage Mutant Ninja Turtles volume 1, published on July 1987 by Mirage Studios.

Add a photo to this gallery
Retrieved from "https://turtlepedia.fandom.com/wiki/Nobody%27s_Fool!?oldid=492844"
Community content is available under CC-BY-SA unless otherwise noted.