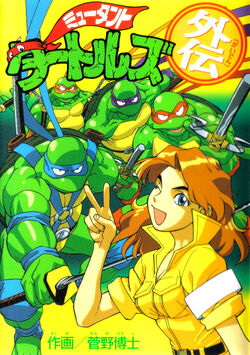 This article is about the self-contained manga series. For the fan-made webcomic, see Mutant Ninja Turtles Gaiden

Mutant Turtles Gaiden (ミュータント・タートルズ外伝 - Mutant Turtles Side Story) is a four-chapter manga series that is very loosely based on the 1987 TV series. The comic was written by Hiroshi Kanno and published by Dengeki Comics. It was released only in Japan beginning in December 1995. Dengeki collected all four chapters into a single volume similar to their other volumes in their Ninja Turtles series. 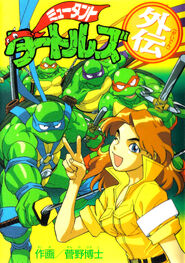 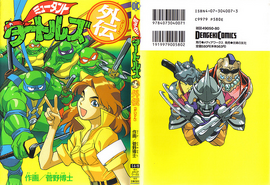 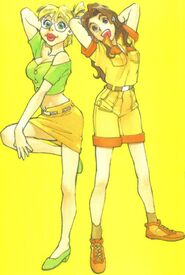 Retrieved from "https://turtlepedia.fandom.com/wiki/Mutant_Turtles_Gaiden?oldid=590401"
Community content is available under CC-BY-SA unless otherwise noted.