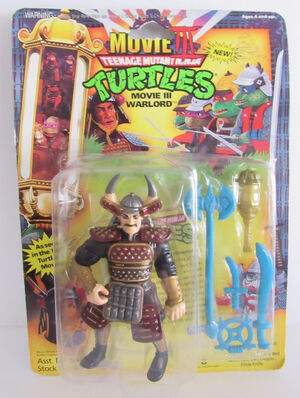 The Devious and Demented Daimyo!

It’s not easy being the biggest warmonger in the 17th century. It’s a thankless job and everybody ends up hating you. But that’s why this Warlord loves it. He’s at his best when he’s bein’ bad. He’s amassed an army of samurais and castle guards – all for the purpose of destroying the princess’ charming little village. He’s pulled together all his favorite personal weapons for the battle. So beware! He’s armed with his pakua-dau sword. And he has his lucky battle axe by his side to reduce rebels down to rubble. He’s one way-out Warlord who loves to fight for what’s wrong – and nothing can stop him. At least nothing from 17th century Japan, that is. But, just maybe, if by some freak of nature, four radical reptiles form the 20th century were to travel back in time, then just maybe they could stop him. But what are the odds of that ever happening? 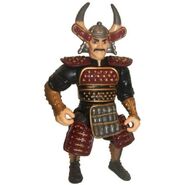 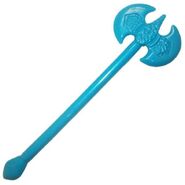 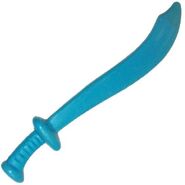 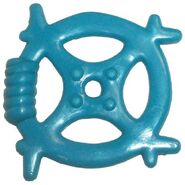 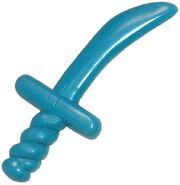 Dart Dagger
Add a photo to this gallery
Retrieved from "https://turtlepedia.fandom.com/wiki/Movie_III_Warlord_(1992_action_figure)?oldid=470283"
Community content is available under CC-BY-SA unless otherwise noted.