The Mousers v2.0 are an enhanced version of the Baxter Stockman developed Mouser robots and enemies of the Turtles. This version of the Mouser was specifically created for the 2003 animated series, and only appear in one Season 3 episode.

The Mousers v2.0 are, as mentioned, more advanced versions of the original Mousers. Just like them, they have a metal shell and a powerful bite that can bite through steel easily, but they are in some ways significantly different:

The v2.0 Mouser were created by Dr. Chaplin on the basis of Baxter Stockman's original Mouser design. They have been specially prepared for a mission in which Stockman, Chaplin and Hun are ordered to steal a Triceraton anti-gravity generator which was used by Zanramon in the kidnapping of Beijing. The Mousers had even the battle-hardened Turtles and Karai (who was secretly helping the Turtles) helplessly overwhelmed, and only by a strong electromagnetic pulse triggered by Professor Honeycutt, were all of these robots defeated. Whether Chaplin had planned further Mouser models, is not known.

The Mouser 2.0 versions appear with the same origin in the game Teenage Mutant Ninja Turtles 3: Mutant Nightmare, as general opponents, coming in standard and purple versions. 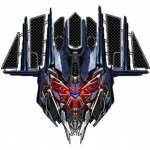 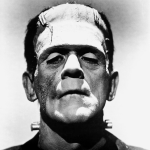 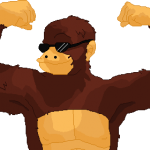