The Mousers are robots developed by Baxter Stockman and through this affiliation enemies of the Ninja Turtles. They first appeared in the Mirage Comics.

Across most continuities, Mousers tend to keep the same basic design. Standing between one and two feet tall, Mousers are bipedal, chicken-shaped robots with a large bulbous head nearly the size of their body, with sharp jaws capable of chewing through many substances. 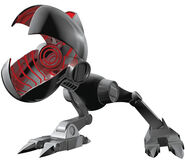 Micro-Bots
Rise of the TMNT 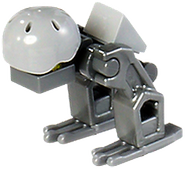 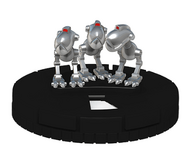 There are also various other models of Mousers, but these are mostly prototypes or test models.