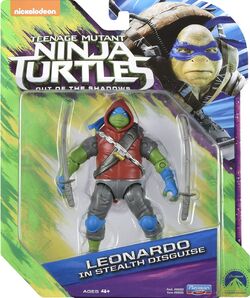 Leonardo in Stealth Disguise is an action figure released in 2016 by Playmates Toys for Teenage Mutant Ninja Turtles: Out of the Shadows.

This figure's hands sport three fingers and a thumb instead of just two per hand. This may hint that the Retromutagen plot in the film would have been more prominent. 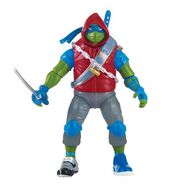 Add a photo to this gallery
Retrieved from "https://turtlepedia.fandom.com/wiki/Leonardo_Stealth_Disguise_(2016_action_figure)?oldid=482266"
Community content is available under CC-BY-SA unless otherwise noted.