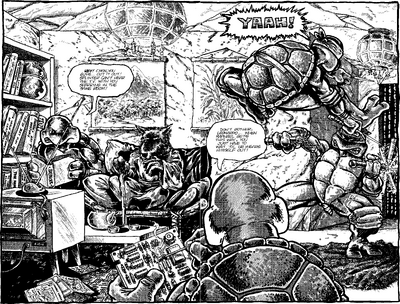 In the Mirage TMNT universe, the turtles' lair refers not to one lair, but to multiple homes they have lived in over the course of the series. These homes include:

Retrieved from "https://turtlepedia.fandom.com/wiki/Lair_(Mirage)?oldid=425733"
Community content is available under CC-BY-SA unless otherwise noted.