The katana, or "katana blade" in some contexts within the series, is a common weapon of characters within the franchise. The katana is most often mistaken for Leonardo's weapon from the 2007 TMNT film, the Ninjaken.

The katana (刀) initially was a word describing any sort of a single-edged sword, Japanese or otherwise. However, in modern day, it is used to refer to a specific curved sword carried by samurai in a set known as the daisho.

Most of the swords deemed "katana" within TMNT media are not curved, are light enough to be used with one hand and more closely resemble the Ninjaken, a straight sword of ambiguous origin said to be the sword of choice for ninja. Karai has also wielded a katana in the 2007 film and the video game, TMNT Smash-Up. 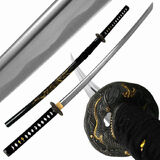 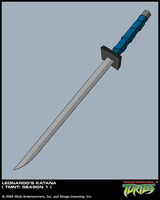 Leonardo's Back to the Sewer 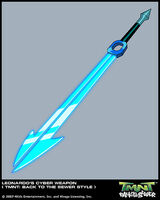 Leonardo's Back to the Sewer cyberspace 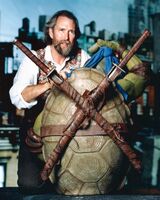 Leo's katanas in their scabbards in a behind-the-scenes photo of the original movie. 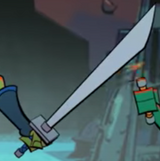