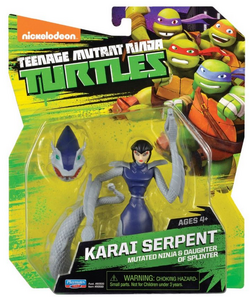 The daughter of the Turtles' master of ninjutsu Splinter, Karai holds her own when sparring with the Turtles. When Shredder attacks, she helps to protect the Turtles, which leads to her mutation into Karai Serpent! Her yellow slit eyes, long snake-like arms, and massive serpent tail, give her great strength to back up her blinding venomous spit! Retreating to the sewers to better understand her mutation, Karai Serpent must learn to harness her new strength and abilities.

This tough and mysterious female ninja is a member of the Foot Clan and has ties to both Shredder and Splinter. But when Shredder devises a snake mutagen—hoping to mutate the Turtles into rat-eating reptiles that will destroy Splinter — Karai's life takes a drastic turn.

Shredder accidentally knocks her into the Ooze and she mutates into a swift three-headed snake. Karai goes on a rampage, stopping herself just before killing Splinter. Her impressive control allows her to mutate back and forth between snake and human form. 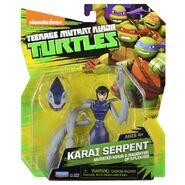 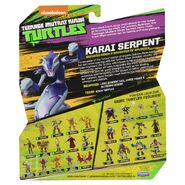 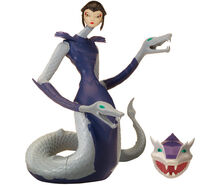 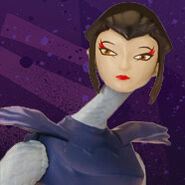