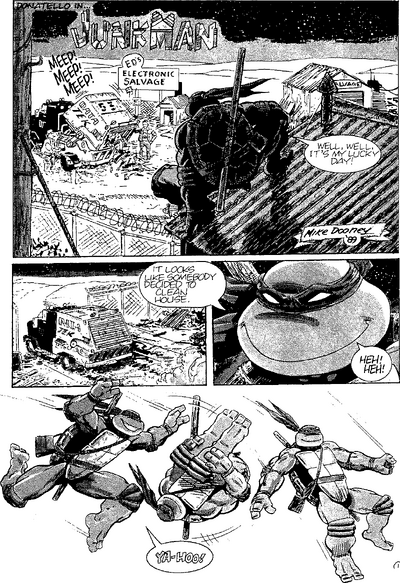 Junk Man is a short story published on December 1989 in Shell Shock by Mirage Studios.

Donatello goes to a junkyard to find electronic equipment and accidentally releases an alien energy being from its imprisonment. Confusing Donatello for its jailers, the alien attacks him through a temporary body made up of various pieces of junk, until Donatello finds its mate in another prison box. The alien stops in its tracks, and thanks him by walking his junk body all the way into the lair before departing with its mate in energy form. 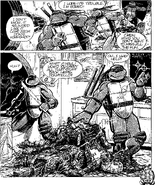 Add a photo to this gallery
Retrieved from "https://turtlepedia.fandom.com/wiki/Junk_Man?oldid=448229"
Community content is available under CC-BY-SA unless otherwise noted.