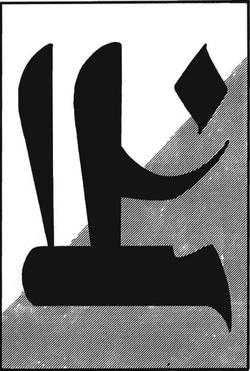 In the real world, Jakarta is the largest and capital city of the country of Indonesia. However, in the world of After the Bomb (specifically, the Mutants Down Under supplement), it is a dictator-led country headed by the cruel Benji Ahmani.

Jakarta is the most human-dominant society with a population of over 130,000. The populations of mutants are less than 560,000 plus an additional 385,000 mutant water buffalo, but these are the slaves in which their society is run. While the mutant water buffalo are President Ahmani's personal security detail and part of the Jakartan military, the others are subjected to every other necessary function. Mutants are incredibly repressed and under-educated; it's illegal to teach reading to any mutant, even the water buffalo. Any mutant species that attempts an uprising is culled in a genocide.

Jakarta is technologically superior to its neighbors, but overall is incredibly primitive, due to the people's paranoia over the first anti-metal virus attack. Most of their technology is up-to-date to circa 1990s standards, but a lot of it is far more archaic.

Supposedly, the national currency is the "Lisa", named after First Lady Lisa Mariana Ahmani. However, due to government policy, it's essentially worthless, with the preferred currency (especially in the black market) being Hong Kong dollars. Considering that Hong Kong has long been destroyed in its entirety, it is a mystery where this currency is coming from.

Retrieved from "https://turtlepedia.fandom.com/wiki/Jakarta?oldid=521815"
Community content is available under CC-BY-SA unless otherwise noted.