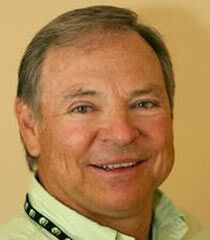 Frank Welker (born 12 March 1946) is a voice actor. He is best known for lending his voice as Fred Jones and the titular character in the Scooby Doo franchise, taking over the latler roll after Don Messick's death and the infamous Decepticon Leader, Megatron, in The Transformers series. He also lent his voice to play Galvatron, Soundwave, and other characters in the same series. He also done work on Jem and The Holograms and G.I. Joe. He voiced Ray Stantz in both The Real Ghostbusters and Extreme Ghostbusters, as well as providing the voice of Slimer on the former series and Cartoon All-Stars To The Rescue.

Welker voices both Rahzar and Tokka in Teenage Mutant Ninja Turtles II: The Secret of the Ooze. He previously voiced Monkey Rockwell in the 2012 TV series, before the role was taken on by Tom Kenny.

Retrieved from "https://turtlepedia.fandom.com/wiki/Frank_Welker?oldid=501691"
Community content is available under CC-BY-SA unless otherwise noted.