Foot Clan (Rise of the TMNT) 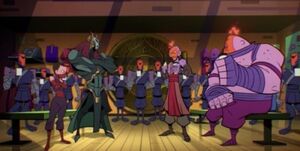