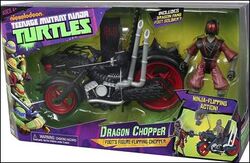 A bad enemy like The Foot and the dreaded Foot Soldiers need a bad ride, and the Dragon Chopper is a really, really BAD RIDE! As seen in the TV show and compatible with Shredder, the Foot Soldiers and the four Basic Turtle Action Figures, the Dragon Chopper has a look and style like no other. It includes Ninja Battle Boost technology, allowing kids to secure their figure on the seat. When ready for battle, kids simply push the activation button and watch as the action figure performs a 360 degree flip over the handle bars and lands on its feet, ready for battle! 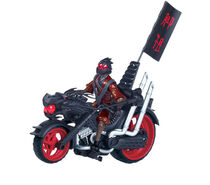 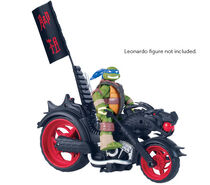 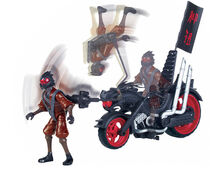 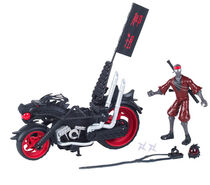 Retrieved from "https://turtlepedia.fandom.com/wiki/Dragon_Chopper_(2012_toy)?oldid=481485"
Community content is available under CC-BY-SA unless otherwise noted.