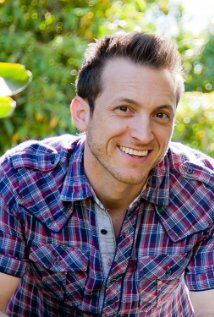 Dominic Catrambone is an American voice actor, voice over artist and acting coach. He has voiced many different characters in animated cartoons, animated movies, anime dubs and video games. For over a decade, he has lent his voice to hundreds of commercials, promos, trailers, video games, anime, and animated cartoon series, as well as ADR, narration and Live Announcing.

He is best known for voicing Leonardo in the 2013 video game Nickelodeon: Teenage Mutant Ninja Turtles, voicing Sulk, Kevin, Fan, Night Mare, Ow the Dentist, Cave Teen, and Bag in Dawn of the Croods, voicing Leonardo in the 2014 video game "Teenage Mutant Ninja Turtles: Danger of the Ooze", and the voice of Micro-Ice in the animated cartoon Galactik Football

Seth Green replaced Catrambone as the official voice of Leonardo starting with the third season premiere Within the Woods, which debuted on October 3, 2014 until the fifth and final season finale (The Big Blow-Out!) in mid-November of 2017.