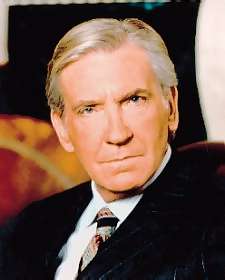 David Warner (born 29 July 1941; 78 years old) is an English actor who is known for playing both romantic leads and sinister or villainous characters, across a range of media, including film, animation, television, and video games. Over the course of his long career he is most famous for his roles in films such as A Midsummer Night's Dream, The Omen, Time Bandits, Tron, Star Trek V and VI, The Lost World, Titanic and Planet of the Apes. In 1981, he won an Emmy Award for Outstanding Supporting Actor in a Miniseries or Special for his portrayal of Pomponius Falco in the television miniseries Masada.

He plays the role of Professor Jordan Perry in Teenage Mutant Ninja Turtles II: The Secret of the Ooze.

Retrieved from "https://turtlepedia.fandom.com/wiki/David_Warner?oldid=482307"
Community content is available under CC-BY-SA unless otherwise noted.