Chris returns as Rahzar in Danger of the Ooze.

Chris Bradford was one of Shredder's most promising students. Sent to New York to secretly establish a base, Bradford became a celebrity instead. He created a franchise of dojos where prized pupils could join the Foot Clan.

The same day Bradford gets bitten by Shredders' akita dog, he is exposed to mutagen. A hulking akita-human hybrid, he transforms into Dogpound. He has tremendous strength and a dog's acute sense of hearing and smell.

After Dogpound tumbles into a vat of mutagen, he emerges a hulking werewolf-like creature with giant back spikes, and longer fangs and claws. As Rahzar, he becomes faster, stronger, and more powerful than ever. 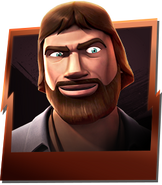 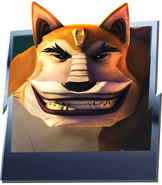 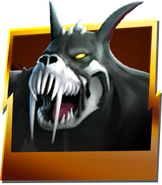 Add a photo to this gallery
Retrieved from "https://turtlepedia.fandom.com/wiki/Chris_Bradford_(2012_video_games)?oldid=481404"
Community content is available under CC-BY-SA unless otherwise noted.