Big Foot didn't play a major role in the TMNT movie, he is one of only two of the thirteen monsters to actually face off against any of the Turtles. That alone should be enough to warrant the character getting a spot in the toy line. And Playmates Toys promised us one as part of a two pack along with Splinter. Unfortunately support for the two packs of figures wasn't great and it appeared that the TMNT Big Foot figure was going to become an urban legend much like his real world counterpart. But Playmates knew fans wanted the figure even if retailers didn't. So taking a page from their Simpsons World of Springfield line, they turned the big guy into a mail in premium.

Read more about it at 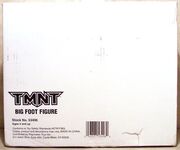 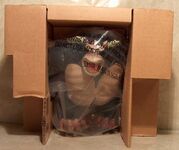 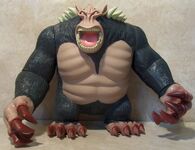 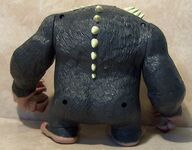 Add a photo to this gallery
Retrieved from "https://turtlepedia.fandom.com/wiki/Big_Foot_(2007_action_figure)?oldid=382266"
Community content is available under CC-BY-SA unless otherwise noted.