Bernie's Generals is a small store located in North Hampton, it's where April, Casey and the Turtles get their suplies for the O'Neil Farm. 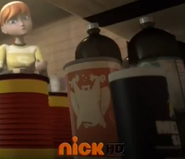 Add a photo to this gallery
Retrieved from "https://turtlepedia.fandom.com/wiki/Bernie%27s_General?oldid=177857"
Community content is available under CC-BY-SA unless otherwise noted.