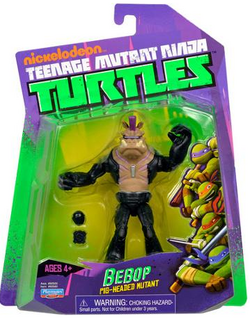 Master thief Anton Zeck is mutated by Shredder into a wily Warthog for trying to steal his legendary helmet. Given the option to either serve Shredder or be destroyed, Bebop as he comes to be known, swears allegiance to Shredder and teams up with his partner in crime Rocksteady, to find Karai and hunt down the Turtles! The Ninja Turtles better beware of this pig-headed mutant. He had the ability to turn invisible, is equipped with X-Ray glasses and has unlimited gadgets that makes him more than a formidable foe that wants to take down the Turtles!

But when Shredder catches wind of his plans, he sends Anton down a tube and into a tub of mutagen Ooze with the DNA of a warthog. The thief transforms into Bebop, a half human, half warthog mutant!

Wall Rolling Feature - Bebop has a wheel in the middle of his backpack and one in each ankle, this way he's able to slide across flat surfaces, allowing kids to re-create the scene in the cartoon where Anton Zeck slides on the wall. 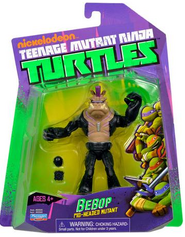 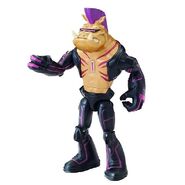 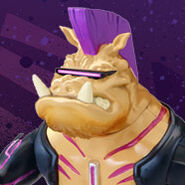 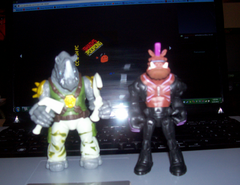 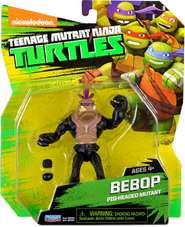