Bebop is the mutant punk rock hog who could slam dance his way through any crowd. This roadhog warrior dares to shave his head in blatant opposition to the establishment and his parents. Behind his mohawk ponytail, cool shades and all-star tennis shoes lurks the heart of a pig, ready to pulverize the Turtles. Guided by the evil Shredder, Bebop is willing to roll in the mud to snort out the Turtles. His two turtle shoulder pads cover a grotesque array of safety pins, tattoos and junk food.

Always at his side, the Shell Drill serves as a constant reminder that the party's not over... until every Turtle lies on its back.

Bebop out of card with accessories 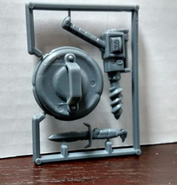 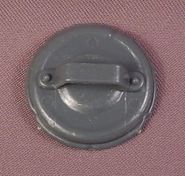 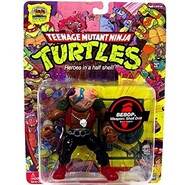 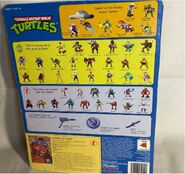 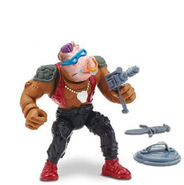 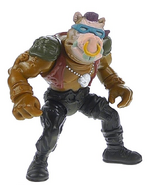