A driven but largely incapable engineer, Stockman designs a robotic suit that he plans to use to take revenge. Utilizing a piece of tech to supercharge his suit, he becomes a near-unstoppable juggernaut of machinery.

Baxter Stockman is intentionally sprayed with mutagen by Shredder, becoming half man/half fly. With the power of flight, strength, and disgusting regurgitation skill, Stockman-Fly is a formidable enemy. 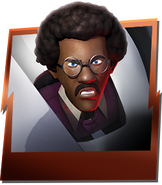 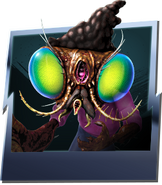 Add a photo to this gallery
Retrieved from "https://turtlepedia.fandom.com/wiki/Baxter_Stockman_(2012_video_games)?oldid=559339"
Community content is available under CC-BY-SA unless otherwise noted.