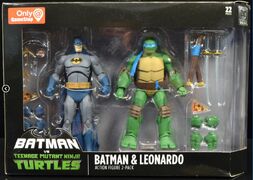 Batman and Leonardo is an action figure set from DC Collectibles, released on September 2, 2019 as a Gamestop exclusive.

Two leaders unite in this Batman vs. Teenage Mutant Ninja Turtles 2-pack that features Batman and Leonardo. Great adventures await because this action figure pack includes a wide array of accessories including extra sets of hands, pizza slices, swords with sheaths, a Batarang, a grapnel gun and a Bat Bomb! 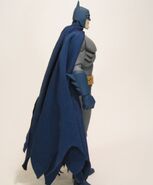 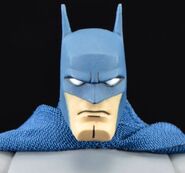 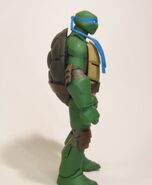 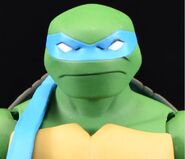 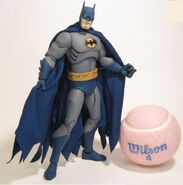 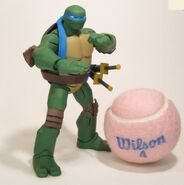 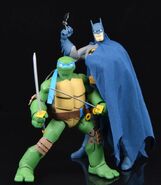 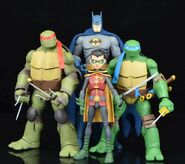 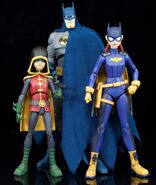 Add a photo to this gallery
Retrieved from "https://turtlepedia.fandom.com/wiki/Batman_%26_Leonardo_(2019_action_figure_set)?oldid=582801"
Community content is available under CC-BY-SA unless otherwise noted.