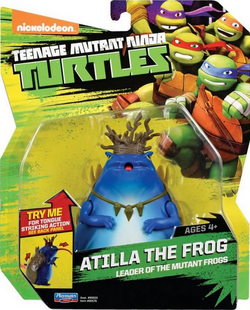 Leader of the Mutant Frogs!

The leader of the mutant frog family, Atilla is on a mission expand the reptiles' power. By obtaining the mutagen that April's "Mom" dropped in the forest, he has a plan to build his own mutant frog army. His hatred for Turtles and humans cause him to try and eliminate April, Casey, and the four brothers. However, after a dangerous fire threatened the frog fortress and his mutant frogs, the Turtles, April, and Casey save them, and the alliance between Turtle and frog was born. 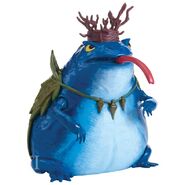 Add a photo to this gallery
Retrieved from "https://turtlepedia.fandom.com/wiki/Atilla_the_Frog_(2015_action_figure)?oldid=516230"
Community content is available under CC-BY-SA unless otherwise noted.