Start a Wiki
April O'Neil made a live-action appearance in the TMNT: Coming Out of Their Shells musical tour, during which her role was to incite the live audience to interact with the stage performers and encourage the Turtles when needed. She was played by Sherie Rene Scott on the tour's original run, but was replaced by an unknown actress when the tour went out for a second time to smaller cities. 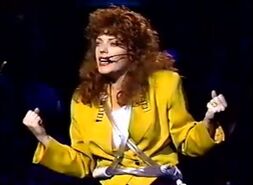 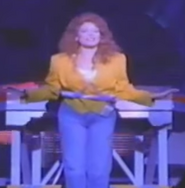 Add a photo to this gallery
Retrieved from "https://turtlepedia.fandom.com/wiki/April_O%27Neil_(Stage_Show)?oldid=486209"
Community content is available under CC-BY-SA unless otherwise noted.