TMNTPedia
Register
Don't have an account?
Sign In
Advertisement
in: Pizzerias, Locations in Manhattan, 2012 TV series locations,
and 2 more 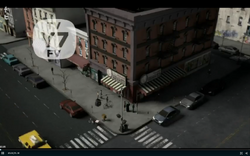 Usually the Turtles add some of their weird toppings to make it more "refined" to their taste.