Alessandra Corine Ambrósio (Portuguese pronunciation: [aleˈsɐ̃dɾɐ ɐ̃ˈbɾɔzju]; born April 11, 1981; 39 years old) is a Brazilian model. Ambrosio is best known for her work with Victoria's Secret and was chosen as the first spokesmodel for the company's "PINK" line. Ambrosio is currently one of the Victoria's Secret Angels and has modeled for brands such as Next, Armani Exchange, Christian Dior, and Ralph Lauren.

Ambrosio serves as an ambassador for the National Multiple Sclerosis Society. In 2012, she came in 6th on the Forbes top-earning models list, estimated to have earned $6.6 million in one year.

She'll play herself in the 2016 movie, Teenage Mutant Ninja Turtles: Out of the Shadows. The scenes were she and Vern Fenwick (played by Will Arnett) watch a Clippers' game were the first scenes shot for the film. 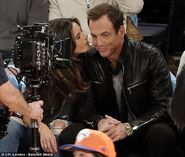 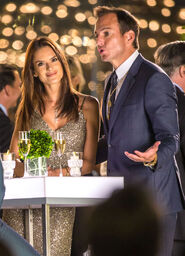 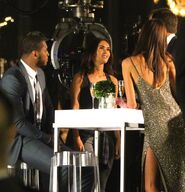 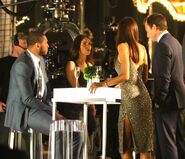 Add a photo to this gallery
Retrieved from "https://turtlepedia.fandom.com/wiki/Alessandra_Ambr%C3%B3sio?oldid=253793"
Community content is available under CC-BY-SA unless otherwise noted.