Revisiting this question, and rereading my previous comment here, I can approach the question a different way. What ninja weapons do I think would look most beautiful in a museum, art gallery or decorating a wall?

Well, some shuriken can have particularly lovely mandala-inspired designs.

Yes, that series has a (Kristoff Van) Bradford, but not the (Chris) Bradford people are talking about.

The S is the chief administrator at Turtlepedia, and he's likely to notice this forum thread. He may also already be aware of the situation. If he doesn't respond here, maybe it wouldn't hurt to inquire directly.

I honestly have no idea. I'm not an administrator or moderator here, and no other wiki I do manage has had active forums.

Blind Faith was okay, but Blind Sight was the truly interesting story. Not to mention that Leonardo's wife and daughter Yumi may have influenced the later character design of Hamato Miwa, and it was interesting seeing Leo act so responsibility as a husband and father.

Bad Moon Rising was a fun girls' night out story, with Raphael corralled along whether he liked it or not. It was a good followup to Darkness Weaves where Shadow goaded Raph for relating to her like a teenage girl. I mean, not quite the same way 2012 TV series season 1 Raphael was like a teenage girl (he was more of a catty big sister archetype), but the dynamic was still fun.

(edited by Gilgameshkun)
A reply to Entertainment Time
1

Some of the ones I know I'm partial to:

I don't know about that, but she does own an electric guitar and keyboard and she does practice with them...at 2 p.m. when Raph is sleeping. 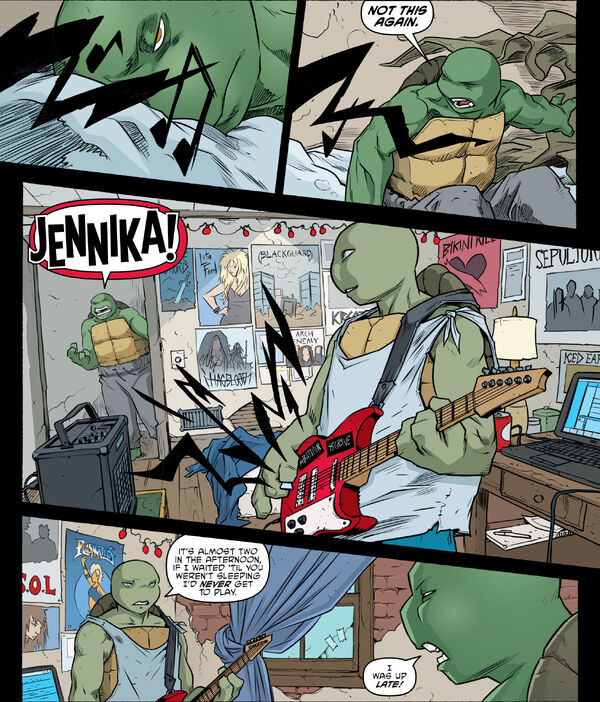 (edited by Gilgameshkun)
A reply to Miwa Sakura Hamato
0

From what I understand, it's not recommended to post the same message multiple times in different locations all at once, even if they have small differences between them. It has the appearance of spamming.

Basic self-defense, at least. The weasels, too.

"Women's" eyes are tertiary sexual characteristics, and mutant turtles don't even have secondary ones.

Right, because Alopex in-story can look past the fourth wall and ask Sophie questions. ~

Yeah, that begs the question: Short of talking to them, how does one gender a mutant turtle? In the past this wasn't needed because all the turtles were presumed male (and the original Hamato Sons were male), but the truth is that any one of them could be female or trans and we wouldn't know because they have no secondary sexual characteristics, or even easily visible primary characteristics considering the turtles have been effectively naked with belts for most of the series until now. Jennika is understood to be a woman, and she identifies as one and she may have other subtle tertiary sexual characteristics (cultural identifiers of femininity), and the fact that she has dressed completely differently from the other turtles until now has helped reinforce this. (Though we don't know other things, like whether her voice still sounds like a woman's voice.) But in promotional art (because this hasn't happened in-story yet), when Jenny is dressed in original naked-with-belts turtle gear just like the guys: 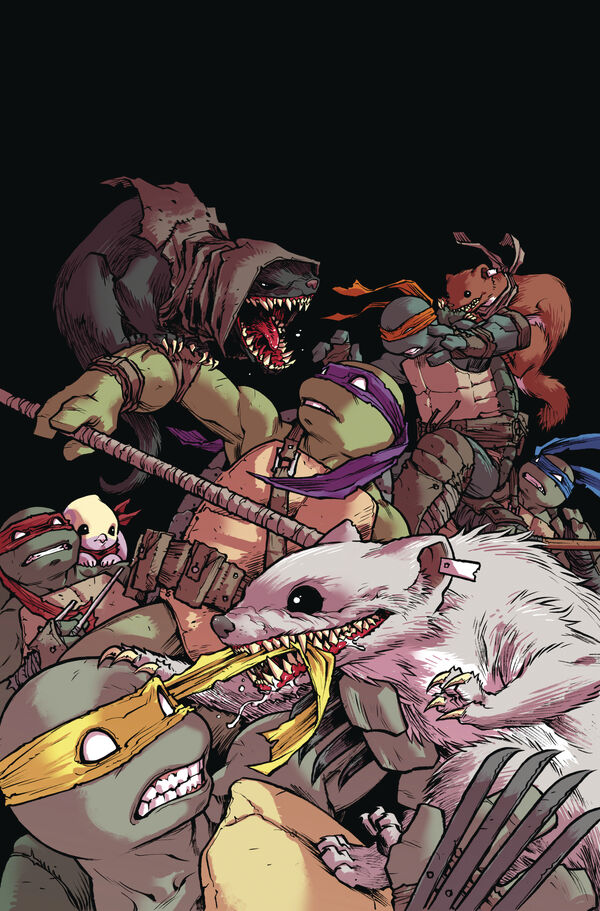 So the question is how does Al know Lita is a girl if Lita's usually been too timid to stick around that long? I'd like to think that there are less invasive ways to tell. But smell is one of the senses most immediately linked to the instinctive brain, bypassing conscious thought, which is part of why bad smells can be so hard to ignore, so Al doesn't have to necessarily think about what she smells—she just smells and knows it.

Huh, you're right, it was Alopex who gendered Lita. Maybe not so much of a mystery, then.