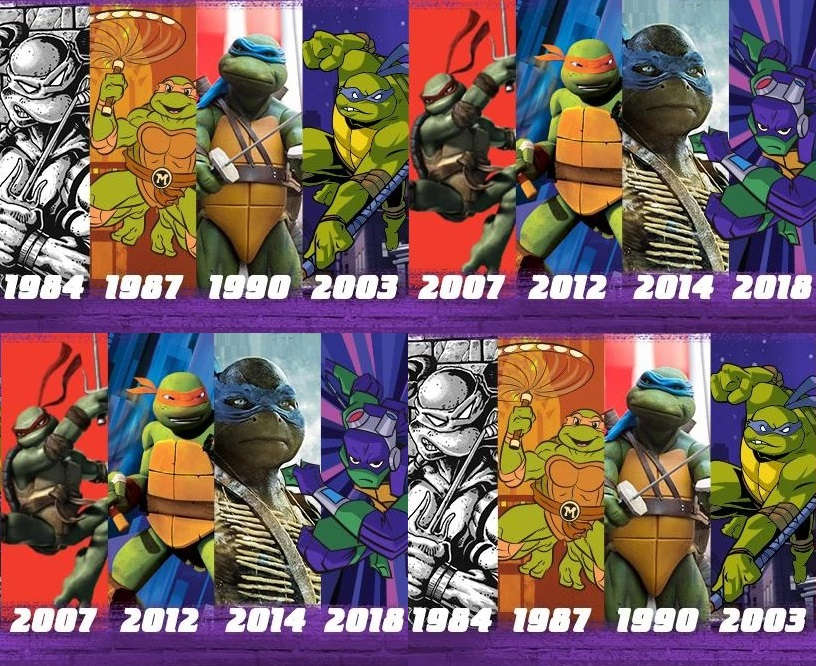 Teenage Mutant Ninja Turtles: Turtles in Time (aka Turtles IV) is a fan favorite game in the Turtles community. It was one of the best arcade games from the 1990's and had an excellent port from the Super Nintendo that many have played. Sporting excellent graphics, multiplayer action, upbeat music, and beloved characters it is the definite game. Turtles in Time is practically well-known in the Turtles lore alongside the films watched, action figures produced, and the shows we all loved growing up.

It makes me wonder, why has none of the shows done an adaptation of the game? There has been two time travel based episodes well-known according to my knowledge. Those would be "Once Upon a Time Machine" from the 1980's cartoon and the fan favorite "Same as It Never Was" from the 2003 series. Both had their own set of time travel as the 80's show had them go into the future where as the 2003 cartoon had Donatello go into an alternate universe ruled by the Utrom Shredder.

With the references to past installments in the current Nick show from the cartoons, comics, and the live-action trilogy, wouldn't it be a dream to see an episode based on the popular game? I mean, the third one-hour special did have the title of "The Manhatten Project", the third Turtles game on the NES (also Wormquake!) I feel that for an adaptation like this, it could work mostly as a series finale, but also as a possible one-hour special. There's so much potential in going through the Turtles history or just time travel in general. I do have an idea of a plot, but need to work on it more.

With that said, would you all want to see an adaptation based on the game? I'd be happy to hear some opinions and ideas. I'll share my thoughts as well.

Yeah, I think it would be very cool.  I mean, it may be a little over-done, but I'm sure Nickelodeon will find a way to make it more original or something.  Maybe that'll be the introduction to Renet, because there's already a page for her in the 2012 series section.  Also, am I the only one who didn't think that TMNT III was that bad?

The fun thing about each incarination is no matter what, they always experiment with everything. Whether the characters be goofy or serious, it always makes each form of Turtles media feel fresh. Time travel is overdone in the franchise and I understand that. Whatever Nick does, it'll keep the plot ideas different from the other shows, even if they repeat.

Renet is going to be an interesting character added to the 2012 series in the future. Then again, time-based powers I really like alongside elemental powers. Assuming if a plot based on this becomes done, I'd think she'd help the Turtles stop whoever it is they deal with (with my idea, it'd be Shredder at this time). I'm really intrigued by her, if only there was a little more info on Renet besides being Mikey's crush and being a time sorceress.

As for Turtles 3, it's all a matter of your own opinion. If you like it, kudos to you. Even though I have heard bad things about the film, I haven't seen it at this time so I can't say anything.